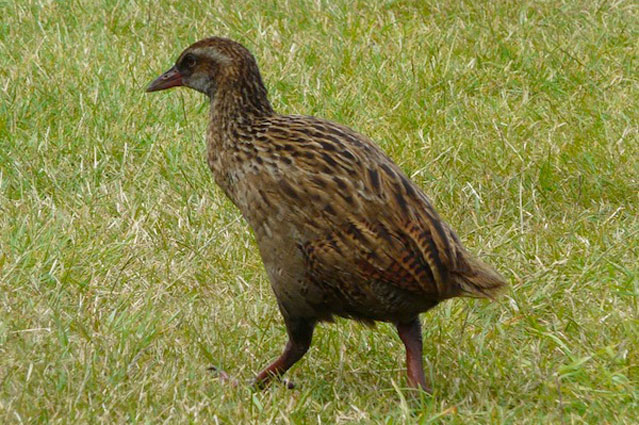 The weka or “woodhen” is a large, brown, flightless bird, native to New Zealand. About the size of a chicken, it has a bold curiosity, and a cheeky reputation for stealing shiny objects which they use for nest building.

The weka’s famously feisty and curious personality made the bird an easy food source for Māori and early European settlers. Māori also hunted them for oil and used their feathers for cloaks.

The weka’s best known call is a repetitive, loud “coo-et” that is usually heard at dusk and in the early evening. It is presented as a duet, with the male giving the lower and slower part.’

South Island Weka are inquisitive birds, often seen around huts and human activity trying to scavenge for food. They’re fast runners, being a member of the Rail family, and can live for up to 15 years. Their feathers range in color as a mixture of black, dark and light browns.