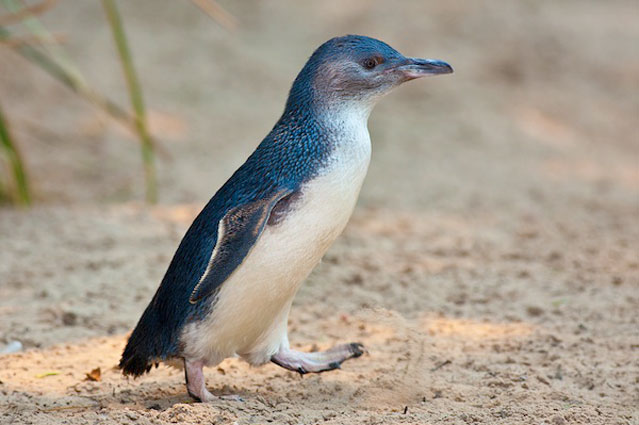 The blue or little penguin (Korora), can be found in many places around New Zealand and Southern Australia and is the world’s smallest penguin. They only come ashore under the cover of darkness and live underground in burrows. Although quite common, its small size and unusual habits make it rarely seen.

The blue penguin breeds along the entire coastline of New Zealand. Blue penguins are diurnal and like many penguin species, spend the largest part of their day swimming and foraging at sea. During the breeding and chick rearing seasons, blue penguins will leave their nest at sunrise, forage for food throughout the day and return to their nests just after dusk.

Blue penguins in New Zealand have rather variable breeding seasons. The core egg-laying period for most of New Zealand is September to November, and only one clutch is laid. Usually two eggs are laid and are incubated for 36 days, with both parents sharing the incubation and feeding duties. The chicks are guarded by one parent for the first 2-3 weeks, after which both parents must go to sea to keep up the supply of fish. Chick growth is rapid, with adult weight being achieved in 4-5 weeks. Chicks usually fledge at 8 weeks and are independent from then on.