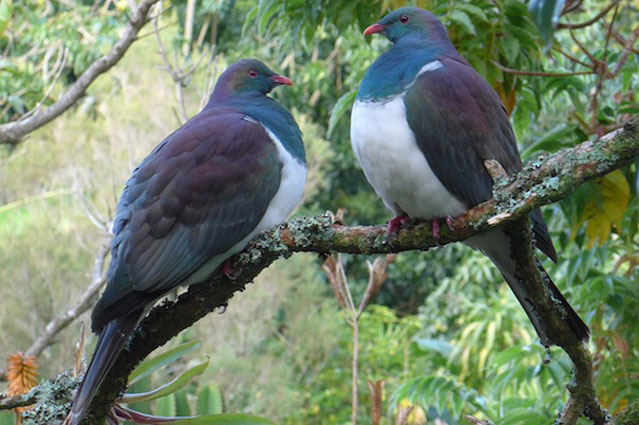 The kereru is a large and distinctively coloured pigeon that is a familiar sight to many New Zealanders.

This is because the kereru (or New Zealand pigeon) has a widespread distribution through the country, being present in extensive tracts of native forest, and rural and urban habitats, including most cities.

As well as allowing close approach, it often roosts conspicuously, such as on power lines or on the tops of trees. The distinctive sound of its wing beats in flight also draws attention. Kereru also frequently feature on works of art, such as paintings and sculptures.